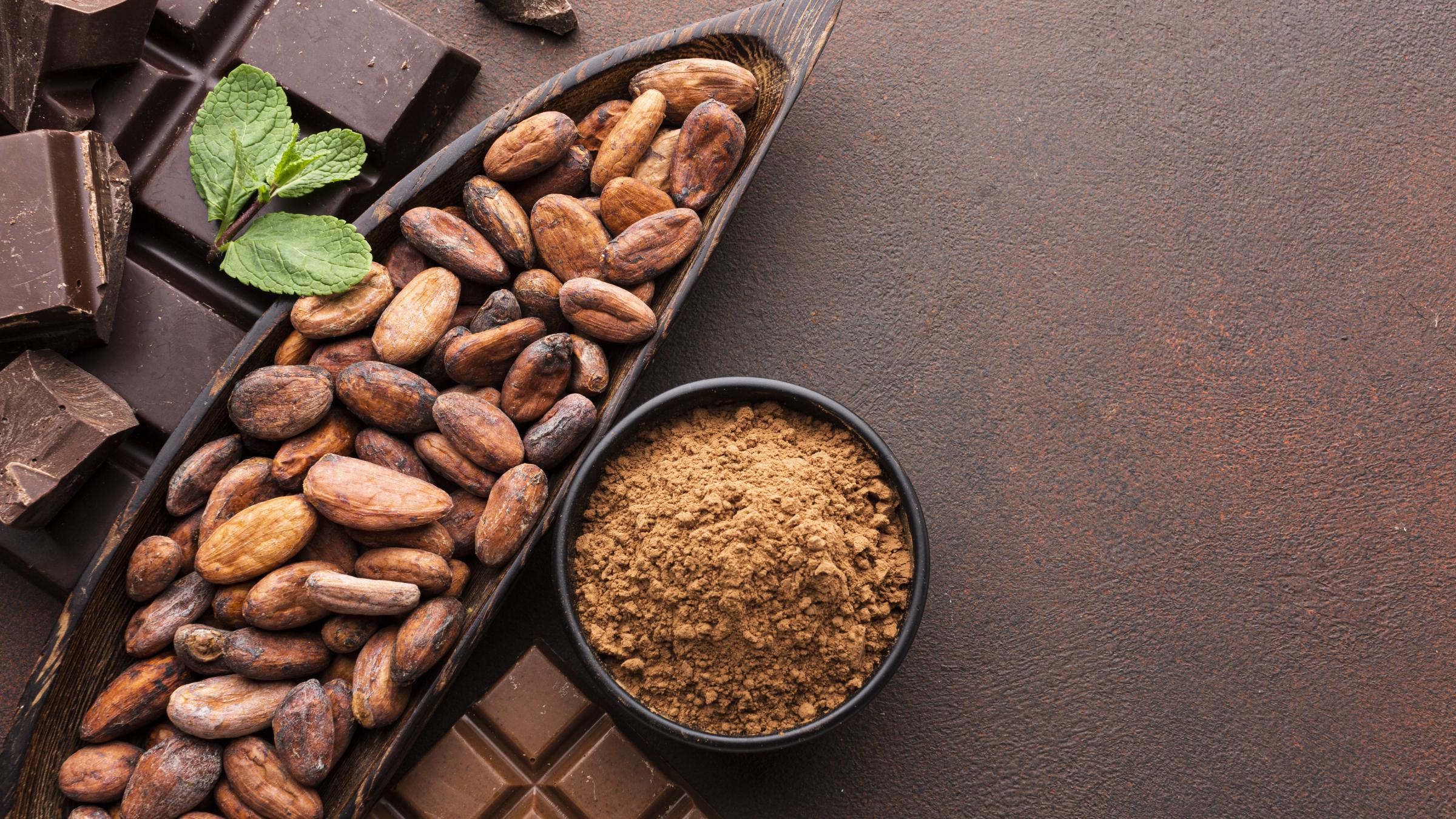 Indonesia is one of the biggest cocoa-producing countries in the world. However, Indonesian cocoa beans are of low quality, causing low competitiveness and price due to automatic detention and automatic discounts. In the effort to improve the quality of cocoa, the Government of Indonesia has enacted some regulations. However, until now, the efforts to enhance the quality of cocoa have not met the expectations, and the majority of cocoa beans produced by the farmers are still not fermented. The Government still has some difficulties in implementing regulations on fermenting cocoa beans. It seems that the efforts to improve cocoa bean quality through the fermentation process are still far to go. Therefore, support is needed from all related stakeholders, from the upstream to the downstream, in order to move forward.

Indonesia is one of the biggest cocoa-producing countries in the world.  However, Indonesian cocoa beans are known to be of low quality (not fermented, contaminated with mold, insects, and high impurities). This makes Indonesian cocoa beans uncompetitive compared to those produced by other countries, receiving a low price as a consequence. Furthermore, in cocoa export destination countries, especially in the United States, Indonesian cocoa is subject to automatic detention and automatic discounts (Hasibuan et al., 2012). This is a problem because, until 2010, 80% of Indonesia's cocoa exports were still in the form of cocoa beans (Suryana et al., 2014).

In 2010, the Government through Minister of Finance Regulation No. 67/2010 stipulated the Export Duty of cocoa's implementation by 5−15% progressively starting April 1, 2010. This policy is expected to encourage the cocoa processing industry development in Indonesia to increase its added value as much as possible within the country. With the enactment of the regulation, the export volume of cocoa beans has drastically reduced to only around 10% of the total volume of cocoa exports in line with the development of the domestic cocoa processing industries.  Nowadays, the dominant exported forms are intermediate products such as cocoa paste/liquor, cocoa powder, and cocoa butter.

The implementation of cocoa export duty regulation is a momentum to improve the quality of domestic cocoa beans for export while providing quality raw materials for domestic cocoa processing industries. Therefore, the Government issued various regulations to enhance the quality of Indonesian cocoa beans. This article will present an overview of the regulations set by the Indonesian Government to improve cocoa quality.

Cocoa production in Indonesia is based on smallholder farmers. In 2017, cocoa plantations cultivated by smallholder farmers reached 97.84%, contributing 95.91% of cocoa bean production in Indonesia. However, according to Maharani et al. (2013) and Wonda and Tomayahu (2016), cocoa is still traditionally cultivated by farmers with low mastery of farming management. Generally, farmers still use local seed sources that are susceptible to diseases resulting in low productivity, providing little input for production, and practicing poor cultivation management, especially in pruning and controlling of plant pests and diseases. These three aspects play an essential role in contributing to the low quality of cocoa beans. The low price of cocoa resulted from the low quality of cocoa, together with the length of the cocoa supply chain, make the lack of incentives to maintain cocoa plants properly. It is also exaggerated by the 10% value-added tax (VAT) policy and export duty imposed indirectly on farmers.

According to the Government Regulation No. 31/2007 on the Fourth Amendment to Government Regulation No. 12/2001 on Import and/or Delivery of Certain Strategic Taxable Goods Exempted from the Imposition of Value-Added Tax, cocoa bean, as well as other fresh agricultural produces, was exempted from the VAT.  However, on February 25, 2014, the Supreme Court, through Supreme Court Decree No. 70/2014, decided to cancel the regulation partially. This Decree, which took effect on July 22, 2014, makes all fresh agricultural products produced by farmers are subject to a 10 percent VAT.

Furthermore, in general, cocoa farmers do not ferment cocoa beans or do not ferment cocoa beans properly (Davit et al., 2013; Listyati et al., 2014; Hartartri, 2015; Manalu, 2018). Cocoa farmers in Indonesia usually sell cocoa beans directly in the wet, half-dry, or dry form. If it is wet, the cocoa beans are sold immediately after being removed from the pods. If it is half-dry or dry, farmers first dry it in the sun for 1−3 days, leaving relatively high water content (10−15%). Nationally, it is estimated that fermented cocoa is only about 5% of Indonesia's total cocoa production (Abubakar, 2017).

REGULATIONS ON IMPROVING THE QUALITY OF COCOA BEANS

In line with market demands that increasingly pay attention to quality, the Government, through the National Standardization Agency (BSN), has set the quality standards for Indonesian cocoa beans regulated in the Indonesian National Standard (SNI) for Cocoa Beans (SNI 2323: 2008/Amd 1: 2010). The provisions of this SNI standard include definitions, classifications, quality requirements, ways of sampling, testing methods, labeling requirements, packaging methods, and recommendations. Quality standards are determined as benchmarks for quality control supervision. Every part of the cocoa beans to be exported must meet the quality standard requirements which are supervised by the relevant supervisory agency appointed (Manalu, 2018).

The SNI provisions for the cocoa beans have been followed up with the Ministry of Agriculture Decree No. 51/2012 on Guidelines for Postharvest Cocoa Management, which refers to the principles of Good Agricultural Practices (GAP) and Good Handling Practices (GHP). This effort aims to improve the quality of cocoa beans and enhance competitiveness in both domestic and global markets as well as supporting national economic growth.

To produce quality cocoa beans with a higher economic value, it depends not only on the on-farm process but also on the postharvest handling process. One factor that highly determines the quality of cocoa beans is the fermentation process. No matter how good the cocoa beans produced, it will not provide good taste without proper fermentation.

Through Minister of Agriculture Regulation No. 67/2014 on Quality Requirements and Marketing of Cocoa Beans, the Ministry of Agriculture requires farmers to carry out cocoa bean fermentation before reaching the processing industry or exporter. Based on Article 2 paragraph (2), this regulation aims to (a) increase the competitiveness and added value of Indonesian cocoa beans; (b) support the development of domestic cocoa processing industries; (c) protect consumers from the distribution of poor quality cocoa beans; (d) increase cocoa farmers' income; and (e) make it easy to trace back the possibility of production and distribution irregularities. However, the regulation has not been running well because although they are required, no sanction is imposed upon violation (Manalu 2018).

The Minister of Agriculture Regulation No. 67/2014 was established on May 12, 2014, covering farmer institutions, quality and handling, marketing requirements, and guidance and supervision. According to the regulation, the cocoa quality improvement could be made through the Cocoa Beans Fermentation and Marketing Unit (UFP-BK), which can be formed at the level of farmer groups or farmer groups federation. The regulation also requires the presence of a Certificate of Origin of Cocoa Beans (SKAL-BK) issued by UFP-BK.

Along with efforts to increase cocoa added value through the fermentation process, the government has assisted with various fermentation facilities to farmer groups in cocoa production centers. The facilitation varies for each group but includes a fermentation building (Product Processing Unit-UPH), fermentation boxes/crates, scales, carts, thermometers, solar dryers, and so on. Some UPHs survive until now, but some only carry out cocoa fermentation when there is an order, while others have stopped altogether.

Promulgated on May 21, 2014, this rule comes into effect 24 months from promulgation. This means that the regulation should take effect on May 21, 2016. However, after hearing inputs from various parties, the Ministry of Agriculture postponed the mandatory implementation of cocoa fermentation until 2019 with the issuance of Minister of Agriculture Regulation No. 27/2016 on Amendment to Regulation No. 67/2014 on Quality and Marketing Requirements for Cocoa Beans promulgated on June 3, 2016. The reason for the delay is the unpreparedness in implementing regulations in the field. Both the government and farmers are considered to be not ready to carry out compulsory cocoa fermentation. For example, the government has not yet prepared supervisory personnel in the field, whereas some farmers have not formed any farmer groups. In addition, there is no provision for the processing cocoa industry to absorb farmers' fermented cocoa nor benchmark price of fermented cocoa set by the government so that it has the potential to harm farmers. The fermented cocoa beans price is only adrift slightly compared to that of non-fermented cocoa beans, which is around IDR 2,000 (US$ 0.14) to IDR 2,500 (US$ 0.17)/kg. As a result, farmers are not interested in doing fermentation.

Based on the Minister of Agriculture Regulation No. 27/2016, the postponement of compulsory cocoa fermentation should be valid until June 3, 2020. However, until now, the revision process of the regulation has not been completed. The enactment of this regulation, to run well, should be accompanied by strict sanctions against those who do not follow the rule. Following Ghana, where fermentation regulation is fully implemented, checking should be done at each marketing point to test whether the cocoa sold is fully fermented or not. Also, cocoa farmers must be properly guided and nurtured to carry out the fermentation process correctly and adequately.

In the case of South Sulawesi Province, the low and varying quality of fermented cocoa beans produced by farmers causes one of the leading cocoa processing companies to prefer to buy good quality wet cocoa beans from farmers. The company then processes the beans according to the company's standards.

However, in specific locations, where there is a relatively high demand for fermented cocoa at a high price, combined with UTZ or organic certification, farmers are motivated to ferment the cocoa they produce. The fermentation process is carried out at the UPHs or cocoa cooperative in partnership with the cocoa processing industries. In this location, the price difference between fermented and non-fermented cocoa can reach IDR 11,000 (US$ 0.75)/kg to IDR 23,000 (US$ 1.56)/kg. This case shows that a fair price guarantee can encourage farmers to maintain their cocoa plants better and produce good quality cocoa beans through proper postharvest handling (sorting, fermentation, and drying).

A success story of quality fermented cocoa development is shown by Kerta Semaya Samaniya Cooperative in Nusasari Village, Melaya Sub-district, Jembrana Regency. The cooperative is the only cocoa cooperative in Bali Province. Since 2011, with the support of Yayasan Kalimajari, a non-governmental organization, and the Jembrana Regency Government, it has been developing a Kakao Lestari (Sustainable Cocoa) program and Cocoa Fermentation Movement. The cooperative includes 38 farmer groups, consisting of 609 farmer-members and 619 hectares of cocoa plantation. All the 38 farmer groups have a UTZ certificate, and 16 farmer groups among them have both UTZ and organic (EU and USDA) certification. UTZ and organic certifications that adopt a sustainable system place a stronger bargaining position for cocoa production and marketing.

The Government still has some problems in implementing the regulation on fermenting cocoa beans. It seems that the efforts to improve cocoa bean quality through the fermentation process still have a long way to go. Various kinds of support are needed from all related stakeholders, from the upstream to the downstream, in order to succeed.

The responsibility is not only on the hand of the Ministry of Agriculture but it also needs the support from the Ministry of Manufacturing Industry, Ministry of Trade, Ministry of Cooperatives and Small and Medium Enterprises, Ministry of Village, Disadvantaged Regions Development, and Transmigration, and so on.  Support should also be given from local government, both at the provincial and regency levels.

As has been proven, a partnership between cocoa farmers and cocoa processing industries could lead to quality improvement due to price incentives and market access. Therefore, the Government should encourage partnerships between cocoa farmers/farmer groups/cooperatives and cocoa processing industries, from cultivation to postharvest handling processes and marketing. 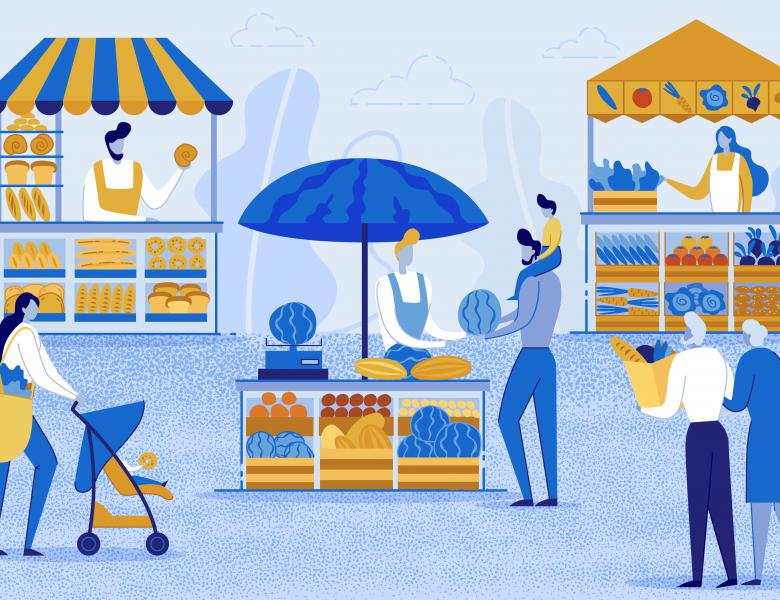 Exploring the Potentials of Coffee Industry in Malaysia

Learn more
END_OF_DOCUMENT_TOKEN_TO_BE_REPLACED
You are using an outdated browser
For a better experience using this site, please upgrade to a modern web browser.