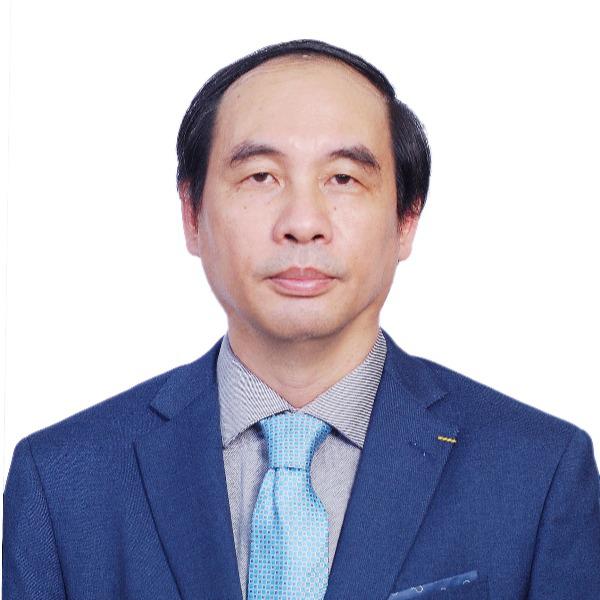 Vietnam's agriculture develops comprehensively, and it is shifting towards producing commodities with increasing productivity and quality, developing industries and products with competitive advantages, and ensuring national food and nutrition security. The development of agriculture contributes to sustainable poverty reduction, especially in difficult economic times. In a period of 10 years (2008 - 2017), the GDP growth rate of agriculture reached 2.66% per year, while the growth rate of production value reached 3.9% per year. The GDP of the agriculture in 2017 was 1.25 times higher than that in 2008. In 2018, GDP growth rate of agriculture is estimated at 3.4%. Despite facing many difficulties and challenges, agriculture still maintains a growth rate of 2.55% per year for 2013 to 2017 period to achieve the economic goals for 2020 (the annual GDP growth rate of agriculture is 3% per year), export turnover will achieve $157.07 billion, equivalent to $31.5 billion per year and increases by 51.2% compared to the average of the previous five years. In terms of social goals, along with ensuring national food security, nutritional security, restructuring agriculture has contributed to increasing production efficiency and income, reducing rural poverty rate of 1.5% per year. Regarding environmental objectives, by the end of 2017, the forest canopy rate will reach 41.45%. Agricultural products market has recently achieved new development; many Vietnamese agricultural products have a high position in the international market. The total export turnover of 10 years (2008 - 2017) is $261.28 billion with an average increase of 9.24% per year, and it is expected to $40 billion in 2018. There are 10 agricultural commodities with export turnover of $1 billion or more, of which five agricultural commodities including fruits, cashews, coffee, shrimp, wooden products have an export turnover of over US $3 billion. In 2008, there were only five items with export turnover of $ 1.0 billion or more and two items with export turnover of $ 3 billion. Vietnam's agricultural products are present in more than 180 countries and territories; including major markets such as China, the United States, Japan, and the EU. Vietnam's agricultural exports are ranked second in the Southeast Asia and 15th in the world [1].

Over the past decade, state investment in agricultural technology research and development has reached a number of achievements.

REMARKABLE RESULTS OF AGRIUCULTURAL SCIENCE AND TECHNOLOGY IN 2005-2015

The new crop varieties are mostly more productive than the demonstration varieties that are produced commonly in the fields or have valuable traits such as high quality, pest resistance, or adaptation to unfavourable climate conditions. This contributes to the development of production and increased efficiency in agricultural production.

In 2005-2015, 39 technical processes were researched and transferred in crop cultivation; 48 technical processes on animal husbandry; Many technical processes in the forestry sector, such as intensive forest planting, tending and protecting forests, have also been studied and applied effectively in production. Until now, the application of good agricultural production (VietGAP) has been expanded and effectively produced safe and high-quality products to serve the needs of the market. The technical process of raising/cultivating in net houses and greenhouses is also widely applied in agriculture, forestry and fishery, especially in Lam Dong, Thua Thien - Hue, Da Nang, Hanoi and Ho Chi Minh City. In 2016, the whole country had 5,897.5 hectares of net houses, greenhouses, plastic houses, distributed in 327 communes. There are 2,144.6 ha of vegetable, accounting for 36.4%; 2,854.3 ha of flower, accounting for 48.4%; 661.1 hectares of plant seedlings, accounting for 11.2%; and 237.5 hectares of aquaculture, accounting for 4.0% of the total area.

New value of some agricultural products such as fresh flower, fruit and vegetables has been created by preservation technology for fresh consumption. The technological advances including technology and equipment for producing film-making products for the preservation of fresh fruits and vegetables have been introduced recently; Retain bioproduct processing technology in the pre-harvest and post-harvest stages to keep fruit on the tree longer and extend storage time for some fruits; samples of cold storage in different sizes to preserve fresh vegetables, tubers, fruits, flowers, etc. are also standardized for practical application. These results contributed to the export of fruits and vegetables from over US$800 million in 2013 to US$3.45 billion in 2017, increasing by 40.5% compared to fruit and vegetable export value in 2016 and exceeding the rice export turnover of $2.6 billion.

Most of the research projects and technical advances applied in practice have accompanied environmental protection and ecosystems. In addition, there are many scientific and technological projects specializing in the environment, agricultural ecosystems, and rural areas, such as the biogas production program to contribute to the treatment of wastes in livestock (nearly 10% of farmer households use biogas to serve their daily needs and contributes to reducing environmental pollution); research topics to promulgate legal documents, environmental standards, and produce safe products based on VietGAP [4].

The value chains of agricultural products in Vietnam are still limited and inefficient. According to the Ministry of Agriculture and Rural Development in 2018, Vietnam has about 818 value chains certified as safe agricultural supply chains, but only about 50% of the supply chains operate effectively. Low efficiency of agricultural chains is due to high transaction costs, lack of close linkage between entities, low post-harvest and processing technologies, and not applying scientific and technological advances to production as well as limited cooperation in production. In addition, the biggest difficulty in developing the agricultural value chains is to select and find leading enterprises and businesses accompanying with farmers, especially poor and small-scale farmers in the remote areas. Besides, the awareness of people about the chain is also limited, while there is lack of guidance and consultancy services. The application of technology in food supply chains has been recognized but the result is still limited. According to Cel Consulting 2018, the post-harvest loss rate is still very high, 32% vegetables, 18% meat and 12% seafood. In particular, the logistics system for agricultural value chains is also ineffective because logistics cost is account for 21-25% of annual GDP (it is 6% higher than Thailand, 12% Malaysia and 300% Singapore). According to ABA 2018, the application of synchronous cold storage technology to develop the cold chains is the trend of the world, but the level of cold technology application in food chains is quite low except for aquatic chains with 95%, while it is only 33% for milk, 12% for new meat, 7% for vegetables and 6% for fruits. To improve this current problem, the state needs to have a strategy to attract private investment in value chain services and support information to connect centralized commodity production areas with logistic services.

This analysis is based on a few specific agricultural commodity chains:

i) Human resources for scientific research: At present, there are 8,000 people in institutes and schools, but we still lack leading staff, staff doing basic research and in-depth research. Moreover, the senior researcher is aging, while the next generation has not adequately qualified. At the same time, a large number of researchers leaving the institutes or universities to work for businesses sector with higher remuneration;

ii) Human resources for technology transfer (agricultural extension): Most of them are not well-trained and updated on scientific and technological knowledge. In addition, agricultural extension staff at the grassroots level (commune level) and part-time (village/hamlet) has low remuneration so they are not assured of effective work. Therefore, human resources for scientific research and technology transfer (extension) need to be trained and re-trained to update knowledge and improve professional quality to meet increasing requirements for research and technology transfer (especially high technology and smart agriculture resilient to climate change, ecological and organic agriculture). On the other hand, it is necessary to consider the remuneration regime in order to avoid brain drain for researchers and for extension workers to be assured that their work is effective.

Continuing to renovate the science and technology management mechanism:

The development of the science and technology market is now institutionalized with legal frameworks such as the Law on Science and Technology, the Law on Intellectual Property, the Law on Technology Transfer, etc., with management organisations and specific regulations. In past 10 years (2005-2015), only about 50 new plant varieties selected by institutes and universities were transferred to enterprises. However, in general, the transfer of technology copyright is still underdeveloped, other fields such as technological processes in production, processing of agricultural, forestry and fishery products, drawings, design of agricultural machines ... are almost not transferred in the science and technology market. In order for science and technology products to enter the market, such science and technology products need to satisfy the condition as follows: i) High quality and high content of “grey matter”; ii) Meeting production and business requirements, being capable of being applied to large-scale production; and iii) Creating profits to production and business. The procedures of the science and technology market also need to be reformed, facilitating quick and convenient access for the parties. Some of the current problems need to be addressed immediately, such as the simplification of the procedure for copyright registration; It is also necessary to have a policy of copyright protection for scientific and technological products and inventions to ensure the rights of inventors and researchers. At the same time, it is necessary to have support policies to support and continue developing and perfecting research products to become transferable goods for technical advances with great demand and capable of creating high efficiency.

[1] Proceedings of the National Online Conference and National Exhibition Summary of 10-year implementation of the Resolution of the 7th plenum of the Party Central Committee on Agriculture, Farmers and Rural on November 26-27, 2018 in Hanoi

[2] Department of Science, Technology and Environment, Ministry of Agriculture and Rural Development, Report on the performance of tasks in 2018

[4] Ministry of Agriculture and Rural Development, Report of Supervision Delegation of the Assembly Committee on Science and Technology

[6] Viet Nam Academy of Agricultural Sciences, Report on remarkable results of science and technology activities and research orientation in the coming period, 2018