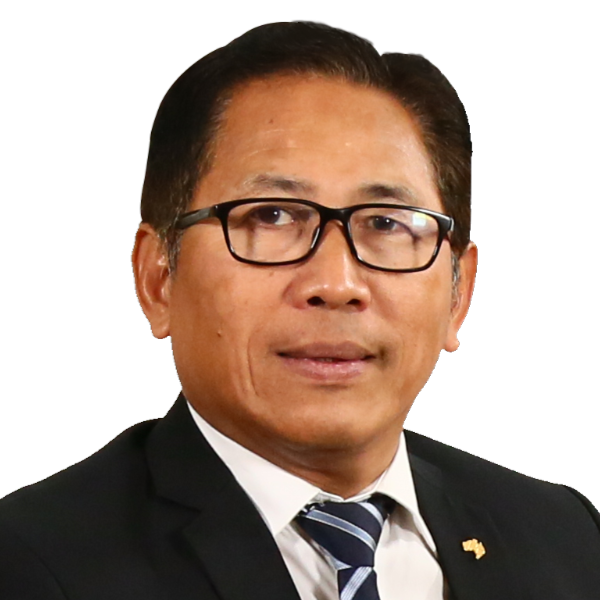 Malaysia is a Federal constitutional monarchy located in South-east Asia. It comprises of 13 states, three federal territories and covers a total of 329, 847 square kilometers. Malaysia is divided into two land areas, West Malaysia and East Malaysia, both of which are separated by the South China Sea. Malaysia received its independency from the British on 31 August 1957. Before independence, Malaysia was known as Malaya.

Agriculture is an important sector in Malaysia. For many years, this sector has been the backbone of Malaysian economy by producing agricultural products for domestic consumption, as the earner of foreign exchange. Agriculture also contributes to the national Gross Domestic Products (GDP). It provides major employment for the people, especially from the rural areas. In 2013, this sector employs more than 1.6 million people or 10.9% of the total employment, contributed more than 23% of the total export earnings and adds about 7.2% of Malaysia's GDP.

The agricultural policy before independence was established in the interest of the British colonizers. The policy was focused on primary commodity, especially rubber and spices. During that period, the British government established rubber plantations for the production of raw materials for industrial and manufacturing sectors in the United Kingdom and United States of America. Immigrants from India were imported to work in these British plantations.   During that period, Malaysia emerged as the world's top producers of rubber. Rubber was the significant economy contributor through export income. On the other hand, food commodities such as rice, fruits and vegetables were produced by small holders who involved traditional farmers.

The contribution of the agricultural sector during this period was significant. This sector provides employments and invites foreign direct investments in the form of plantation ownerships such as Dunlop, Guthrie and Harrison and Cross field plantations. The colonials also developed infrastructures such as road system, rail tracks and harbor to transport the commodities out of the country.  However, the British agricultural policy neglected to provide opportunities and allow the Malays to participate in the rubber plantations. Despite the interest among small holders in rubber plantation, the expansion was discouraged by the British. This development left the indigenous population in subsistence agriculture producing largely for domestic production and consumption, while the British and other communities expanded their interest in commercial agricultural production and dominated the export commodities. In other words, the agricultural policy before independence  was split into two strategic directions, the rich and profitable rubber plantations owned by foreign capitalists, and the hand-to-mouth subsistence paddy farming were dominated by Malay peasants. Over time, the British agricultural policy affected the racial identification by type of employment such as employment in paddy  for Malay, rubber for Indian and vegetable farm for Chinese. This dichotomy becomes structural and institutionalized in Malaysia until present.

After independence, the government continued the colonial's pre-independence agricultural policy. The government recognized the significant role and contribution of agriculture, and set the strategic direction under the Government Economic Development Plan. The policies on agriculture development were published in the First Malaya Plan (1956-1960), Second Malaya Plan (1961-1965), and the First Malaysia Plan (1966-1970).  In the early period after independence, the agricultural policy was influenced by the colonial's policy, in which the focus was on the industrial crops for export markets. Large forest land was opened for palm oil and rubber plantations. As a result, until 1970, more than 123,000 ha of palm oil and 131,500 ha of rubber were planted in Malaysia. Throughout this period, agriculture led by rubber and palm oil was the main contributors of Malaysia's economy, providing the benefits of foreign exchange income, capital creation and employment.

The period of 1984 to 1990 marks an important threshold in the transformation and development of Malaysian economy. This era saw the rapid expansion of the manufacturing sector and altered the relative importance of the agricultural sector.  During this period, the overall development of the agricultural sector was overwhelmed with greater challenges such as favorable policies towards manufacturing, shortages of labor, increasing cost of production and competition for land with other sectors.

The first National Agricultural Policy (NAP1) was established in 1984 to address the issue of rural poverty and imbalance of income between the commercial and traditional farmers. This policy was formulated in response to the inability of previous policies to eradicate poverty and slow performance of the agriculture sector as the country's engine of economic growth. The NAP was established as a comprehensive and coordinated long-term policy for a successful development of the agricultural sector. The emphasis of this policy was to eradicate poverty among traditional small holders' farmers and at the same time to increase the value of the agricultural produce for export markets. During this period, Malaysia has been abundant with labor and adequate land suitable for agriculture. Thus, the development of new land creates employments in the rural areas and at the same time increases the production of agro-food products for local consumptions.

The second National Agricultural Policy (NAP2) was the extension of the NAP1. This policy aimed to address the challenges faced by the agricultural sector, especially in meeting the demand for agro-food products in the domestic and global markets. The NAP2 puts greater emphasis on productivity, efficiency of agro-food production to enable this sector to contribute to the economic growth. The objectives were to increase production, competitiveness and sustainable production.  The strategies used to achieve these objectives are as follows:

During the NAP2, the government provides incentives through the development of new infrastructures and subsidy programs that benefits small holder farmers in all sub-sectors. The government also opened new land areas for industrial crops (rubber and palm oil) as well as for agro-food (paddy, pineapple and vegetables).

The Third National Agricultural Policy (NAP3) was a revised version of the NAP2. This policy was formulated after the government realized the effect of the 1997-1998 Asian Financial Crises (AFC) and the liberalization of the financial markets to Malaysia's economy. The AFC was a wake up call for the government on the importance of agriculture as the food providers for the people. The NAP3 was formulated to address the challenges faced by this sector such as, the economic structure changes due to lack of arable land, shortage of labor due to competition with other sectors, the efficiency  and the utilization of resources in order to improve competitiveness. In addition, the concern is also on the availability of food for domestic consumption.

The NAP3 aimed to address these challenges by providing a new strategic approaches and policy trusts. The objectives of the NAP3 are:

The NAP3 employed two approaches. _ agro-forestry and product based. The agro-forestry policy approach integrates agriculture and forestry as mutually compatible and complementary and therefore, provides a larger productive base for agriculture and forestry. This approach enabled the policy formulation to address resource constraints such as land and labor.  On the other hand, the product-based approach aimed to address the importance of consumers in the domestic and global markets. Under this approach, key products and markets are identified based on market demand, preferences and potential. This market demand and preferences are translated into strategies for upstream primary agricultural production to enhance the cultivation and marketing of the agricultural and forestry products.

The NAP3 provides clear policy directions for selected commodities and clusters. The clusters were divided into nine product groups as follows:

The realization of the objectives of NAP3 requires a strong economic foundation, technology, financing and incentives to further increase efficiency, productivity and competitiveness of Malaysian agriculture. Under the NAP3, agriculture development is geared towards using less labor input, fully mechanized and automated production system and processes. Application of new technologies aimed to increase productivity and at the same time reduce the cost of production.

The continuing challenges in the agricultural sector such as competition for land with other sectors, short of labor and increase of cost of production requires a new set of strategic direction. The competition in land use for food production and bioenergy is expected to increase from 8% in 2008 to 20% in 2020. In the global scenario, the increase of world population, climate change, trade liberalization and the changes of lifestyle due to higher disposable income require a special attention and direction. The world population is projected to increase from 6.2 billion people in 2010 to 9.2 billion in 2050. Climate change will definitely affect the production of food commodity. The demand for better quality and affordable by the majority of the people is another challenges faced by the agricultural sector.

The National Agro-Food Policy (NAP4) was formulated to address challenges in domestic and global markets to ensure sustainable production for food security and safety. The policy has been put in place to tackle the issue of sustainable agriculture and the competitiveness of the agro-food industry with food safety and nutrition aspects along its value chain. It also aims to reform and transform the agro-food industry to become a more modern and dynamic industry.

The NAP4 has incorporated strategies that are in line with the nutritional aspects of the food system. The programs implemented under the NAP4 include increased food production through optimization and sustainable land, development and upgrading agriculture infrastructure and increase the quality and safety of food by expanding the compliance of standards. Efforts have also been taken to strengthen human capital and to ensure sufficient skill labor force in the agricultural sector. This includes  the use of modern technology and mechanization to reduce the dependency of manpower. The government also provides sector-based incentives to encourage the private sector to invest in the agriculture and agro-based industry.

The development of the agriculture sector is continuing process to contribute to Malaysia's economy. However, the agricultural sector is facing new issues and challenges, resulted from changes in global economy and trade liberalization. The agricultural sector requires new strategies that address issues and challenges in order to achieve the objective of producing sufficient food for local consumption and high-value  products for export markets.

The National Agro food Policy (2011-2020) set a direction that the production of agro food commodities will grow around 4% a year in order to achieve a self-sufficiency  level and enable to produce sufficient food for local consumption and generate income from export markets.