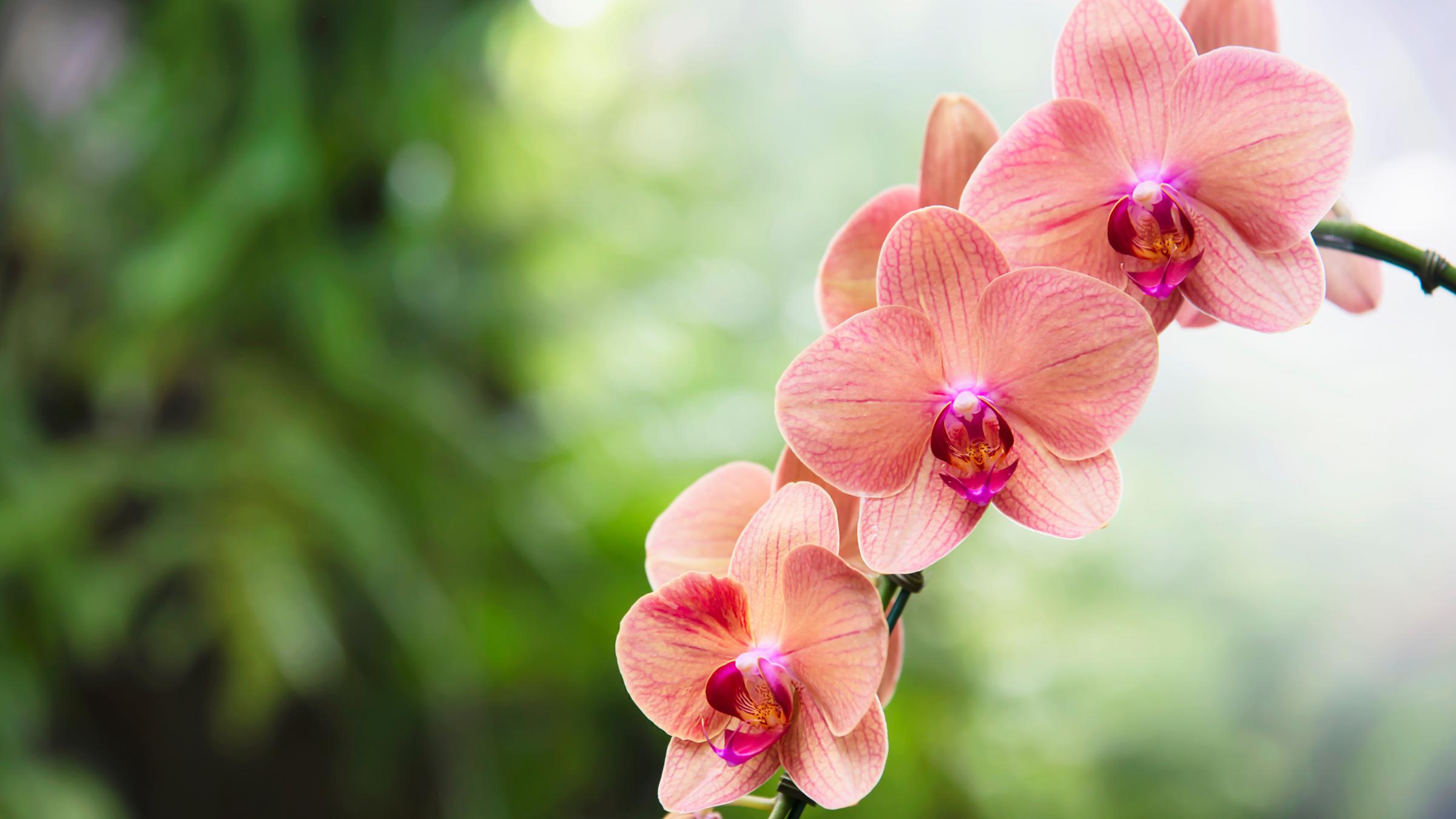 The Development and Expansion Strategy for Taiwan’s Floriculture Industry

With the expansion of land to grow flowers, subjects of marketing, sales, logistics, transportation, and transparent pricing mechanism became the critical factors for the floriculture farmers and consumers. To build a sound trading system, and promote cooperative marketing and transportation, with the assistance from agricultural agencies, Taipei Floriculture Auction (wholesale) Market was established in 1988. All floriculture trading transactions in the wholesale market adopted computerized clock system, which achieved a trading system that was open, fair and transparent. This was another major milestone of floriculture industry. Few years later, in the effort to expand the marketing channels, bidding process was automated; and additional floriculture wholesale markets were added in several major locations, ground cover plants and woody plants were included in Taipei pot plant auction business.

Gradually, cut flower production became stabilized; however, categories of cut flower had structure adjustments due to the change from outside world, especially the change from export market. Orchid, as an example, due to the combination of orchid farmer’s diligence, investment from public sector, new breed development, and the advancement of technical skills has moved Taiwan’s orchid into international market; this accomplishment escalated floriculture industry to the next level, Phalenposis has become a major floriculture production and a key export item for Taiwan.

Establishment of floriculture production zone in Taiwan is based on the nature condition (land, climate), farmers’ growing habit and technical conditions. They are tightly connected, therefore, it is rare for production zones to change flowers/plants category within the zones and the operation have been quite stable.  Production of cut flowers, potted flowers and nursery are mainly in the central part of Taiwan; the temperature in southern part of Taiwan is quite high where tropical flowers are the key production; ground cover plants and potted plants are based in the northern part of Taiwan. Phalenposis are produced in the modernized greenhouse facility, it is spread widely in the country, but south has the most production hectares.

Table1. Planted Area and Value of Ornamental Plants in Taiwan

Regarding the floriculture products in Taiwan, other than phalenposis, majority of cut flowers, potted flowers and nursery products are for domestic markets, quantities for export of these floriculture products have been low. Marketing channels are vastly different based on the type of floriculture products. The main marketing channel in wholesale market for cut flowers is through public auction system; potted flowers are traded through wholesale public auction, showroom sales and private negotiation at the production sites; nursery products are traded through negotiation at distributed markets.

In the past, the most common floriculture retail sales channel in Taiwan was floriculture shops. Ornamental flowers were sold through floriculture shops, stands in the traditional markets, or city holiday floriculture farmers’ markets. Recently, large retailers (Hyper-market, Costco, Home Depot etc.) have carried merchandise of flowers and plants; with the development of e-commerce, flowers or potted plants can be purchased through internet which is very popular with younger consumers for the holidays and special days. In general, the number of floriculture shops in Taiwan is high, and the sizes are small; they bring fresh flowers on daily basis, they focus on quality and customer loyalty. In the past decade, diversification became the focus for the small flower shops, but the development speed has been slow. Retail pricing for these flower shops tend to be high, which is a key negative factor for consumers, in many cases, consumers’ willingness to buy flowers and frequencies to buy are determined by pricing. Diversification of floriculture retail business, floriculture categories, and the pricing are the key aspects for the further development and the scalability of domestic floriculture retail market.

Marketing channels of ornamental flowers and plants in Taiwan are shown in Fig. 1.

Fig. 1. Marketing Channel of Ornamental Flowers and Plants in Taiwan

As a whole, in the past 11 years, the trading quantity of wholesale for cut flower has been increased gradually, and the trend was consistent. The amount of wholesale for cut flowers in 2001 was 3.2 billion NTD, 3.9 billion NTD in 2005 which was the highest point of cut flower trading. In the past few years, the amount remained in 3.5 to 3.7 billion NTD; however, in 2011, the amount increased to 3.9 billion NTD, which was a major increase relative to the years before. The demand was different for every wholesale market, so were the products, quality and pricing. The trading amount for 5 wholesales markets were: Taipei 43.6%, Tainan 16.5%, Kaoshiung 15.4%, Changhua 15.3% and Taichung 9.2%. See table blow for the trading amount of 5 wholesale markets.

Table 2 . Trading Amount of Floriculture in Wholesale Markets between 2001 and 2011

Table 3. Estimated Annual Floriculture Spending Per Person between 2001 and 2011

Sources: Council of Agriculture; Directorate-General of Budget, Accounting and Statistics

1.      The Trend of Value Change for Floriculture Exportation

Table 4. Quantities of Floriculture Exportation between 2001 and 2011

Source: 2011 Agricultural Trade Statistics of the Republic of China

Table 5 below captures the statistics of the main categories for cut flowers export in the past 10 years. Before the nineties, the main categories of export were chrysanthemum and gladiolus; in the past 10 years, new products have become key export floriculture merchandise, such as: oncidium, phalenposis, anthurium, and lisianthus. During 2001, the total amount of cut flower was 7.9 million USD, with chrysanthemum of 1.7 million USD, 21%; gladiolus half million, 6%; oncidium 4 million USD, 52%; and anthurium 0.9 million USD, 11%. The combined value of these 4 categories was 91% of total export value.

Move along to 2011, the structure of total export value of cut flowers has steadily changed. The value of chrysanthemum decreased from 2.19 million USD to 2.15 and gladiolus was 0.45 million, the percent of total value were 6.3% and 1.3% respectively; it is obvious that their value in export business have become insignificant. Oncidium was 41%, 14.3 million USD, it was the leading floriculture product in cut flower category, but has also decreased in value; both anthurium and lisianthus have increased significantly in cut flower category; they were 5.8 million USD, 17% and 5 million, 14% respectively. Phalenposis was 2.2 million USD, 14% and others were 6.4 million USD, 4%. Lately, there are new products showing in the cut flower category, likely, they will become the key floriculture merchandise in the export business.

Table 5.  Exportation Value of Cut Flowers Categories between 2001 and 2011

Source: 2011 Agricultural Trade Statistics of the Republic of China

Different floriculture organizations and groups should leverage integrated marketing communications, be purposeful, target specific consumer groups, especially the high earning group, provide floriculture knowledge and information, enable their understanding and entice their willingness to purchase floriculture products. To achieve the desired outcome of increasing retail consumption, it will require an integrated marketing plan which should be established and focus on the market demand, select consumers, design the content of communication and effectively deliver the designed communication.

To solve the bottleneck of floriculture product retail consumption, administrative should assist the development of floriculture industry and demand expansion of domestic markets. Also coordinate governmental agencies to drive the Green City development and become low carbon economy (LCE) and sustainable environment. To become a Green Country should be one of the top priorities.

Currently there are key floriculture product providers in the global floriculture industry, such as Holland, Columbia and Kenya; they all have dedicated organization to design strategies and conduct long term planning to develop international markets, collect global floriculture trade information and country specific information systematically, and obtain real time marketing and sales movements; they process these information and provide the processed information to floriculture industry, to do so, the industry has adequate information to make adjustments to their operations, respond to the markets and be prepared when facing challenges. In Taiwan, the administrative and floriculture industry have been working hard to expand the export markets, the results have been obvious; but compare to the global leaders, Taiwan needs to put more efforts in long term planning, information collection, and build the mechanisms to feed information to industry. Budget provision were made by administrative, but lack evaluation of cost effectiveness. There are rooms for improvement on the effectiveness and benefits.

To enhance the expansion of export markets for domestic floriculture products, Taiwan needs to consolidate its resources from industry, government and academic RD. Develop proposals and plans, to define specific and achievable goals, such as: Double Export Value by 2020. To satisfy the defined goals, there are two key tasks: increase floriculture products with improved quality for export and develop new markets with premium brand image. The specific focal points are:

To establish Taiwan’s total quality management for floriculture products, it has to start from the breed selection, pest control on seedlings, field growing management, insect prevention and temperature control after harvesting. The process for export products, from disinfection, quarantine, goods collection, load, and transport, all need to be done with proper storage and quality management in order to ensure the quality and to satisfy the quarantine requirements from the exported countries. Total quality management system needs to function to ensure the competitiveness of our domestic floriculture products.