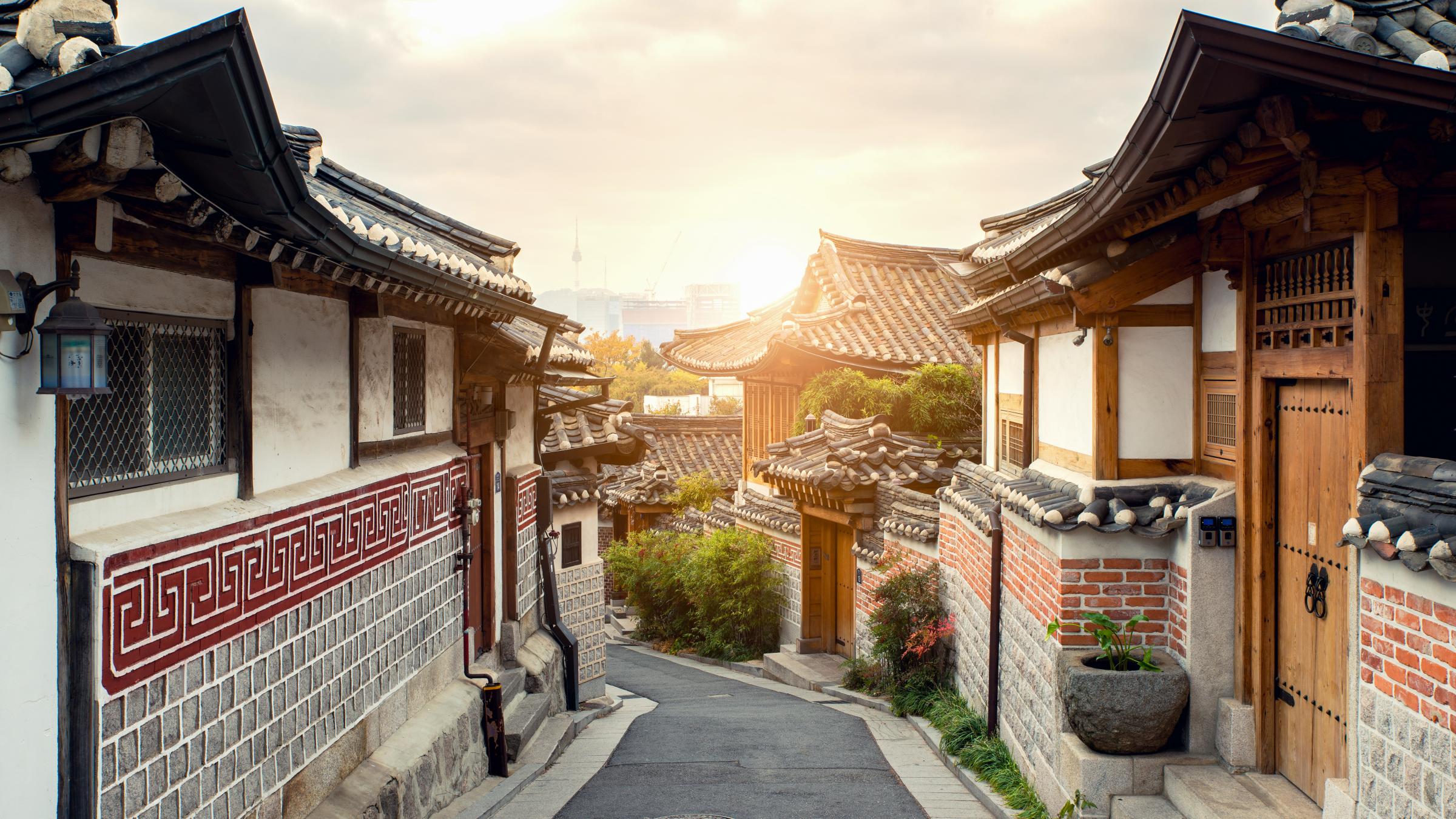 Challenges and Prospects of Rural Vacant Housing Policy in Korea

Recently, the number of vacant houses that are neglected or not properly managed in rural areas is increasing in Korea. Most of them are severely worn out and not properly managed to the extent that they have to be demolished. Therefore, it has a more negative impact on the security, safety, and landscape of the local community compared to the urban areas. In response to this trend, policy makers from central and local governments, as well as community members, are seriously aware of the negative impact of vacant houses in rural areas and are working to come up with solutions to the problem through various approaches. Therefore, this study introduces social and institutional attempts to solve the recent vacant house problem, and analyzes the trend of increasing vacant houses in rural areas. Through this, the tasks and prospects of the rural vacant housing policy are presented.

As the trend of increasing vacant houses in rural areas continues, the local communities have been experiencing negative changes such as deteriorating security, safety and scenery, and decreasing amenities. According to ‘a survey on the welfare of farmers and fishermen’ which was recently conducted by ‘the Rural Development Administration (RDA)’ in 2017, 25.6% of survey respondents living in rural areas pointed out vacant houses and empty spaces as the main causes of deterioration of the rural landscape (RDA 2017). A vacant house left unattended in a rural community for a long time is in danger of collapsing housing structures, fences, and ancillary facilities, or is being used in the conduct of illegal activities or crimes, causing anxiety among residents and being misused as a place where garbage is dumped. Rural vacant houses have become abandoned places that negatively affect the safety and landscape of a rural community.

Another problem is that the institutional conditions for maintenance and utilization of vacant houses in rural areas are insufficient. In the process of inheriting a house, a division of homeownership among children arises, or the house is intentionally left vacant with the heirs returning to their hometown in the future. Among rural houses, there are many cases of vacant houses when the cadastral land boundaries do not match or when the houses and land owners are different.

Also, this study discusses the categorical range of rural vacant house as a detached house considering the morphological type of a rural settlement. In other words, vacant houses such as township locations, new urbanized development zones, or collective housing, and apartment buildings are excluded from the scope of the study.

THE RECENT TREND OF RURAL VACANT HOUSES IN KOREA

Recently, the role of local governments in rural housing policies is being strengthened as the Korean government is implementing devolution at the national level. In this situation, laws related to the maintenance of vacant houses in rural areas are also changing in the direction of emphasizing the roles and responsibilities of local governments.

In Korea, the Agricultural and Fishing Villages Improvement Act was amended in February 2020 to reflect these institutional requests. Through this revision of the law, detailed policy measures related to the maintenance and utilization of vacant houses, such as vacant house condition survey, demolition, and maintenance projects, were prepared in detail. In this situation, stakeholders such as the government, local governments, and rural communities are searching for ways to improve the rural vacant house problem and trying to establish a related policy implementation system.

In Korea, measures for vacant houses are implemented by dividing urban and rural areas based on the law. Vacant houses located in urban areas are subject to the Act on Special Cases concerning Unoccupied House or Small-Scale Housing Improvement, and vacant houses in rural areas are subject to the Agricultural and Fishing Villages Improvement Act. Among them, the Agricultural and Fishing Villages Improvement Act revised in 2020 introduced the concept of 'specially designated vacant house' to define vacant houses that need to be demolished or repaired, and revealed the responsibilities of owners of vacant houses. And, regulations such as execution of vacant house surveyand establishment of vacant house information system were added in this law. In this Act, a ‘specially designated vacant house’ is defined as a house that falls under any one or more of the following items: (1) When there is a risk of safety accidents or crimes such as collapse or fire, (2) When there is a risk of sanitary harm, (3) When the landscape is significantly damaged due to improper management, and (4) When the surrounding living environment can be damaged.

The Jeollabuk-do Provincial Office is implementing the 'Hope House Vacant House Regeneration Project' with the aim of improving housing stability by providing rental housing for the vulnerable class free of charge by repairing vacant houses in cities and counties in the province. According to the Ordinance on the Maintenance of Vacant Houses and Small Houses in Jeollabuk-do enacted by the Jeollabuk-do Assembly, the provincial and city/county expenses can be subsidized for maintenance costs of up to 20 million won (equivalent to 17,500 USD based on the exchange rate as of July 17, 2021) per house. Tenants can live in the rental housing funded through this project for up to five years. The project consists of two types. First is a residential support type that provides housing for recipients of basic livelihoods, lower-income families, single-parent families, the elderly over 65, young people, college students, newlyweds, etc. Second is a cultural place type support that can be used as an work/exhibition spaces for local activists and artists.

The Gyeonggi-do Provincial Office has implemented the ‘Contest Project to Improve Settlement Conditions by Using vacant houses in the Border Area’ from 2018 with the purpose of improving the settlement conditions in the border areas, which are underdeveloped due to security regulations. This project is carried out for the purpose of remodeling vacant houses or neglected facilities in residential areas to build business places or living convenience facilities, and to improve the local landscape (Gyeonggi-do Provincial Office 2020). Based on the Special Act on Support for Border Area and Ordinance on Support and Cooperation for Military Bases in Gyeonggi Province and Border Area Residents, this project provides support on a village basis for 7 border cities and counties, including Goyang-city, Paju-city, and Yeoncheon-gun. Selected villages can build business facilities suitable for the purpose of production, sales, distribution, and tourism experience. They can also implement community-building projects by improving green spaces and constructing community facilities.

At a local level, regional and local governments is trying to come up with a countermeasure, but each administrative department is individually executing tasks related to the identification of vacant house information, the establishment of a database, and the maintenance and utilization of vacant houses. This approach leaves tasks to be improved in that it does not have an integrated response capability through the establishment of multi-sectoral policies to solve the vacant house problem.

Therefore, as the authority and responsibility for housing policy establishment are being transferred from the central government to local governments, local governments in rural areas also need to develop their own capability to respond to the improvement of their own living environment and residential welfare services.

In the long term, with the improvement of the rural residential environment in mind, efforts should be made to come up with a comprehensive plan for the use of related assets such as vacant houses or bare land after demolition. In this context, it is possible to devise a plan to conduct a comprehensive rural housing situation survey including vacant house condition survey items to relevant entities such as village communities and local architects who are considering the promotion of the vacant house maintenance project.

To ensure that vacant houses do not negatively affect rural villages or communities, two approaches are possible. First, as a negative approach, it is necessary to prepare regulatory measures to minimize neglect of vacant houses. In other words, the Agricultural and Fishing Villages Improvement Act should be revised in the future so that the local government will forcefully impose a compulsory performance charge on the homeowners after the vacant house is removed or repaired by the authorities ex officio.

Second, as a positive approach, it is necessary to entice homeowners to properly manage vacant houses and their surrounding environment. So, we have to encourage rural communities and the private sector to work together to find innovative ways to use vacant houses and take voluntary actions to improve local problems. In order to promote rural communities to formulate long-term action plans in terms of housing environment improvement and housing well-being, local action organizations in the third sector can play a pivotal role in voluntarily solving the rural vacant home problem. Therefore, It is necessary to nurture place-based organizations and cooperations among them and to work in the long-term in terms of improving the rural residential environment, and support them in activities such as repairing vacant houses in rural areas and improving the poor residential environment related to vacant houses.

Their main role is to continuously perform tasks related to residential welfare and improvement of the living environment, such as resident management education and support for rental housing for returning farmers and returning villagers. These organizations can utilize the vacant house-related transaction information owned by local real estate companies individually and provide relay services for rural housing sales including vacant houses in connection with the vacant house information system established by local governments.

Rural Development Administration(RDA) (2017). Survey on the welfare of farmers and fishermen.

Ordinance on Support and Cooperation for Military Bases and Border Area Residents in Gyeonggi Province (Enacted on June 13, 2017). https://law.go.kr

Ordinance on Support for the Maintenance of Vacant House in Gyeongsangnam-do (Enacted on October 29, 2015). https://law.go.kr

Ordinance on the Maintenance of Vacant Houses and Small Houses in Jeollabuk-do (Enacted on May 14, 2021). https://law.go.kr

[1] For the period from 2010 to 2019, data on the number of houses located in rural areas and the amount of electricity used in those houses were used. Electricity usage data for households with a power contract for housing is provided by the Korea Electric Power Corporation’s electric power data open portal system.

[2] In this study, it was assumed that the vacant house was a house that used less than 10 kwh of electricity per month. In addition, the number of single-family houses and the number of general detached houses in the 2015 ‘Housing Census’ are assumed to be the total number of rural houses and analyzed. 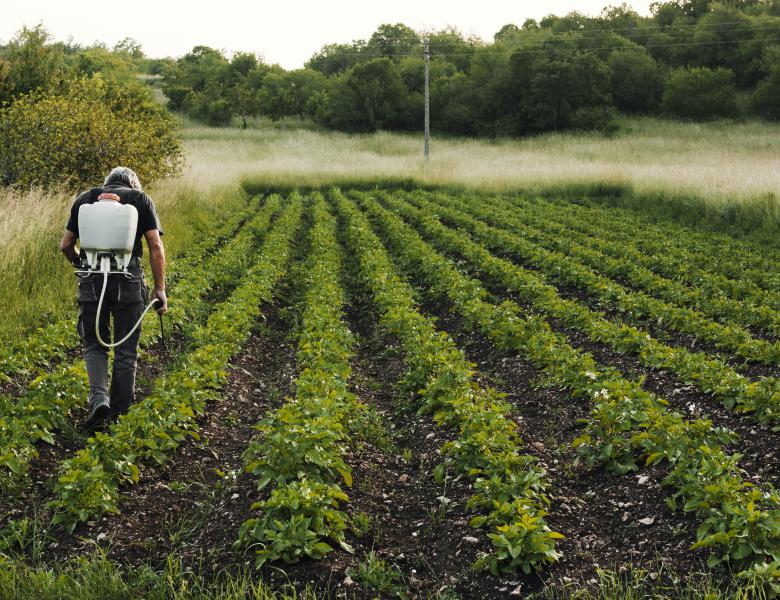 An Outlook on Japanese Farm Households

Learn more
END_OF_DOCUMENT_TOKEN_TO_BE_REPLACED
You are using an outdated browser
For a better experience using this site, please upgrade to a modern web browser.