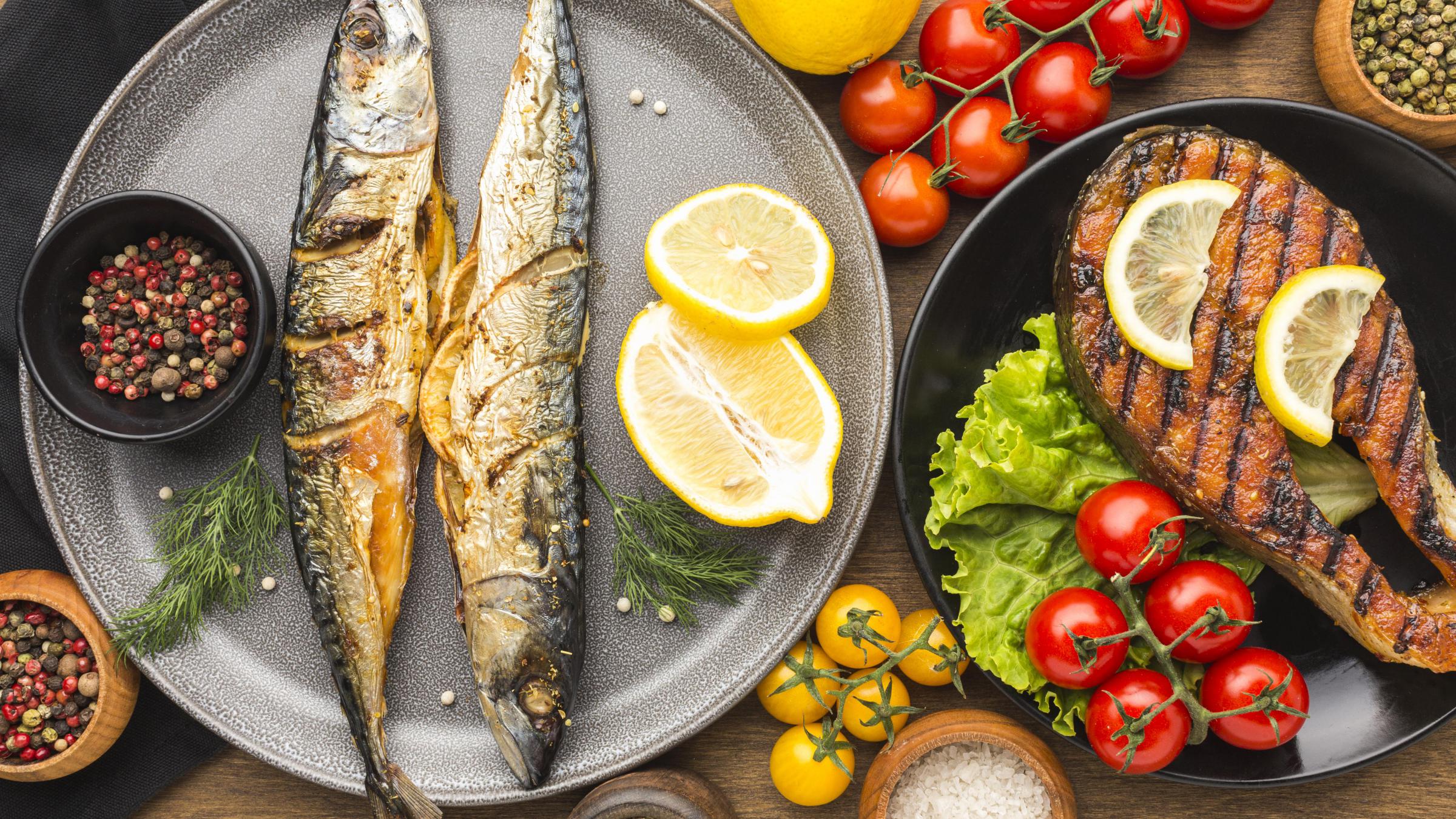 Amendment to the Fisheries Act in Japan

Japan’s Fisheries Act was established in 1949 under the leadership of the General Headquarters of the Allied Forces. This Act presents an effective framework for mediating conflicts between fishermen in coastal fisheries in the early post-Pacific War period. However, it has become outdated and has three drawbacks: (i) unpreparedness for declining leadership of fishermen’s cooperatives, (ii) reluctance toward outsiders’ entry in the fishery industry, and (iii) failure to protect marine resources in the emergence of new fishing technologies. In 2018, the government submitted a bill for a large-size amendment to the Fisheries Act. The bill has passed through the Diet and will be effective from December 2020. However, this amendment is not sufficiently extensive to solve the abovementioned problems.

This paper aims to provide answers to two questions: What is the purpose of this amendment? How will Japan’s fishery policy change?

Microeconomics textbooks describe the fishery industry as a typical example of the “tragedy of the commons,” in which people would devour all the common resources in a laissez-faire economy. More precisely, in terms of fishing, if all the people were allowed to fish freely, they would try to catch all the fish themselves. The pursuit of personal gain takes priority over the common welfare. Therefore, marine resources would be damaged to the point of being unrecoverable. Conversely, if all the people with access to marine resources followed an agreement to maintain the total fish catch at a renewable level, they could eternally enjoy income from fishing. Thus, organizing all fishermen along their common interests is the core problem in the fishery industry.

Moreover, as various types of fisheries are possible in Japanese coastal areas, allocating marine resources among fishermen is also a critical problem. For efficient utilization of marine resources, effective fishing plans (i.e., plans to stipulate who should engage in what type of fishing at which coastal area within a fishing village) must be designed and implemented.

During Japan’s feudal period, each fishing village developed its own (usually unwritten) rules and regulations regarding the use of marine resources and allocation of tasks and benefits in coastal fisheries (including rules for protection of marine resources, such as setting no-fishing periods and/or areas). These rules and regulations gradually evolved based on historical experience and legends. This custom is called Isson Sen-yu Gyojo Seido. It was applied only for traditional types of coastal fisheries. For offshore fisheries, no particular regulations were followed[iv]. This is because sailing and fishing technologies for offshore fisheries were considerably underdeveloped in the feudal period that there was almost no risk of overfishing.

Even after the Meiji Restoration, the Meiji government found that Isson Sen-yu Gyojo Seido was useful for organizing traditional types of coastal fisheries. Thus, the Japanese government required to set up a fishermen’s union in each fishing village. This union was responsible for the coordination among fishermen in coastal fisheries based on Isson Sen-yu Gyojo Seido.

With the inflow of modern fishery technologies from the West, new types of fisheries emerged rapidly and generated conflicts with traditional ones. This became a problem. For example, demarcated fishery and large-size fixed net fishery—which emerged after the Meiji Restoration—and traditional types of coastal fisheries used the same water locations. Moreover, new fishing facilities and equipment, such as trawl boats, enhanced the risk of overfishing in both coastal and offshore waters. As Isson Sen-yu Gyojo Seido did not cover these new types (and technologies) of fisheries, the Meiji government established licensing systems for them. However, experts point out that the government’s decision on who should be a licensee was arbitrary[v]. Often, wealthy families in urban areas received the licenses and reaped profits by subletting the licenses to local fishermen. Moreover, because of the lack of scientific evidences in issuing licenses, marine resources were not properly protected.

OUTLINE OF THE FISHERIES ACT[vi]

The Fisheries Act was framed in 1949 as the centerpiece of GHQ’s reform on Japan’s fishery policy. The Fisheries Act sets 66 marine zones as the basic unit of fishery, with each zone belonging to one of the 47 prefectures. The Fisheries Act stipulates each marine zone to have its own administrative committee for the fishery policy, called Sea-area Fisheries Adjustment Committee (SFAC). Each SFAC consists of 15 members: 9 are elected among fishermen, and the remaining 6 are appointed by the prefectural governor (4 are academicians, and the remaining 2 are representatives of the public interest). The term of the SFAC members is for four years. The Public Offices Election Act is applied to the election for the nine members. However, before the election, fishermen’s cooperatives usually discuss who should be the candidates. Hence, only nine fishermen run for the membership, and all of them are elected without voting. The chosen nine candidates are mostly among the influential members in fishermen’s cooperatives.

“Licensed fishery” is applied to types of fishing that are extremely effective in catching fish that excessive competition can occur among fishermen if the technologies are used without regulations. Only those who receive the license from the authorities are allowed to engage in fishing activities. The licensing authority is either the Minister of Agriculture, Forestry and Fisheries or the prefectural governor according to the type of fishery.

For Kyodo Gyogyo-ken Gyogyo, only members of fishermen’s cooperatives were allowed to engage in fishing as organized under the cooperatives. Hence, it can be seen as a renamed version of Isson Sen-yu Gyojo Seido. For Kukaku Gyogyo-ken Gyogyo and Teichi Gyogyo-ken Gyogyo, any economic entities (whether natural or legal persons) who want to engage in demarcated fishery and large-size shore net fishery should apply to the prefectural governor for the fishing rights. If multiple applicants want to engage in the same fishing type in the same location, the Fisheries Act stipulates that the first priority order for granting rights should be given to fishermen’s cooperative.

As discussed previously, in the pre-Pacific-War Japanese licensing systems for demarcated fishery and fixed-shore net fishery, wealthy classes living in urban areas received more favorable treatment when obtaining licenses. GHQ considered such treatment to be undemocratic. This is why the fishermen’s cooperatives were listed at the top of the priority order in the Fisheries Act.

“Free fishery” refers to all types of fishing that are not included in the other two lists. Anyone is allowed to engage in “free fishery” freely. Pole-and-line fishing for sea bream is an example of a “free fishery” activity.

PROBLEMS IN THE FISHERIES ACT

The work ethics among Japanese laborers are changing; younger generations are moving away from manual work, including fishing. Moreover, the birthrate is falling and due to the changing lifestyles in Japanese families, the younger generations are less interested in continuing their family businesses. Hence, many of the fishermen’s cooperatives are suffering from aging population and shortage of successors. This problem could be solved by recruiting new members from the fishing community. However, the cooperatives fear that new members would not honor the community’s traditions; hence, they are reluctant to recruit them.

In Kyoka Gyogyo, the Minister of Agriculture, Forestry and Fisheries and the prefectural governors set the capping on the number and tonnage of ships. This type of regulation is called “input control.” Conversely, major developed countries in Australasia, Europe, and North America employ “output control” type regulations in which the governments set a national-level total allowable catch (TAC) for each type of fish based on the scientific evidence. Subsequently, they allocate it to each fisherman (including a legal person) and/or ship as either individual quota (IQ) or individual transferable quota (ITQ).

The post-Pacific War period has witnessed emergence of various new fishing technologies that have enabled Japanese fishermen to catch more fish at the same input level. This has made input control regulations ineffective in preventing overfishing.

In 1997, the Japanese government introduced TAC system for eight types of fish: Alaska pollack, bluefin tuna, Japanese common squid, Japanese jack mackerel, Japanese sardines, mackerel, Pacific saury, and snow crabs. However, considering that other major advanced countries employ TAC for at least dozens of types of fishes, Japan’s attitude toward output control seems to be halfhearted. Experts assert that the Japanese government is unable to present sufficient scientific evidence supporting the setting up of TACs. Therefore, Japan’s TACs are extremely large to protect marine resources[viii]. To worsen the situation, penalties on fishermen whose total fish catch exceeds TAC are not sufficiently strong to enforce the TAC[ix].

THE AMENDMENT TO THE FISHERIES ACT

The New Fisheries Act stipulates that by setting TAC to the most of major types of fish, Japan’s marine resource regulation policy should be changed from input to output control style. However, considering that the Japanese government’s TACs are extremely large to protect marine resources, it is unsure whether the enactment of the New Fisheries Act will be effective in preventing overfishing.

(ii) Revision of the priority order for fishing rights

The market fundamentalists, who regard fishermen’s cooperatives as the old guard of anti-reformists, criticize that the New Fisheries Act is insufficient because outsiders cannot be a majority in the SFAC.

However, conservatives also criticize that those who are out of the fishery industry may lack sufficient knowledge on controlling marine resources and mediating conflicts between fishermen.

The New Fisheries Act is characterized by the following three points: (i) introduction of TAC regulations to major types of fisheries, (ii) revision of the priority order for fishing rights, and (iii) more flexibility on the members of SFAC (abolishment of election system for members of SFAC). As the Japanese government announces, this is the biggest fishery policy reform in the post-Pacific War period. However, this amendment is not sufficiently extensive to solve the three major problems in the Japanese fishery industry: (i) unpreparedness for declining leadership of fishermen’s cooperatives, (ii) reluctance toward outsiders’ entry in the fishery industry, and (iii) failure to protect marine resources in the emergence of new fishing technologies. This is just the beginning of reform in Japan’s fishery policy.

[i] At the prime minister’s general policy speech delivered at the opening of the 197th Diet session in October 2018, the then Prime Minister Shinzo Abe described this amendment as the biggest fishery policy reform in the post-Pacific War period.

[ii] This paper provides a brief overview of the contents of the current Fisheries Act. For more details, see Godo (2020).

[iv] The borderline between coastal water and offshore water was (and still is) drawn based on historical experience and legends. Usually, coastal water means where fishermen can easily have round-trips from shoreline.

[ix] Those who violate the TAC regulation are lightly fined by the government. For more details, see Katsukawa (2012).

[x] The percentage of members from outside is determined by the prefectural governor (the percentage differs according to prefecture).

The Agriculture and Fisheries Modernization Act of 1997: A Collective Approach to Competitiveness

Learn more
END_OF_DOCUMENT_TOKEN_TO_BE_REPLACED
You are using an outdated browser
For a better experience using this site, please upgrade to a modern web browser.