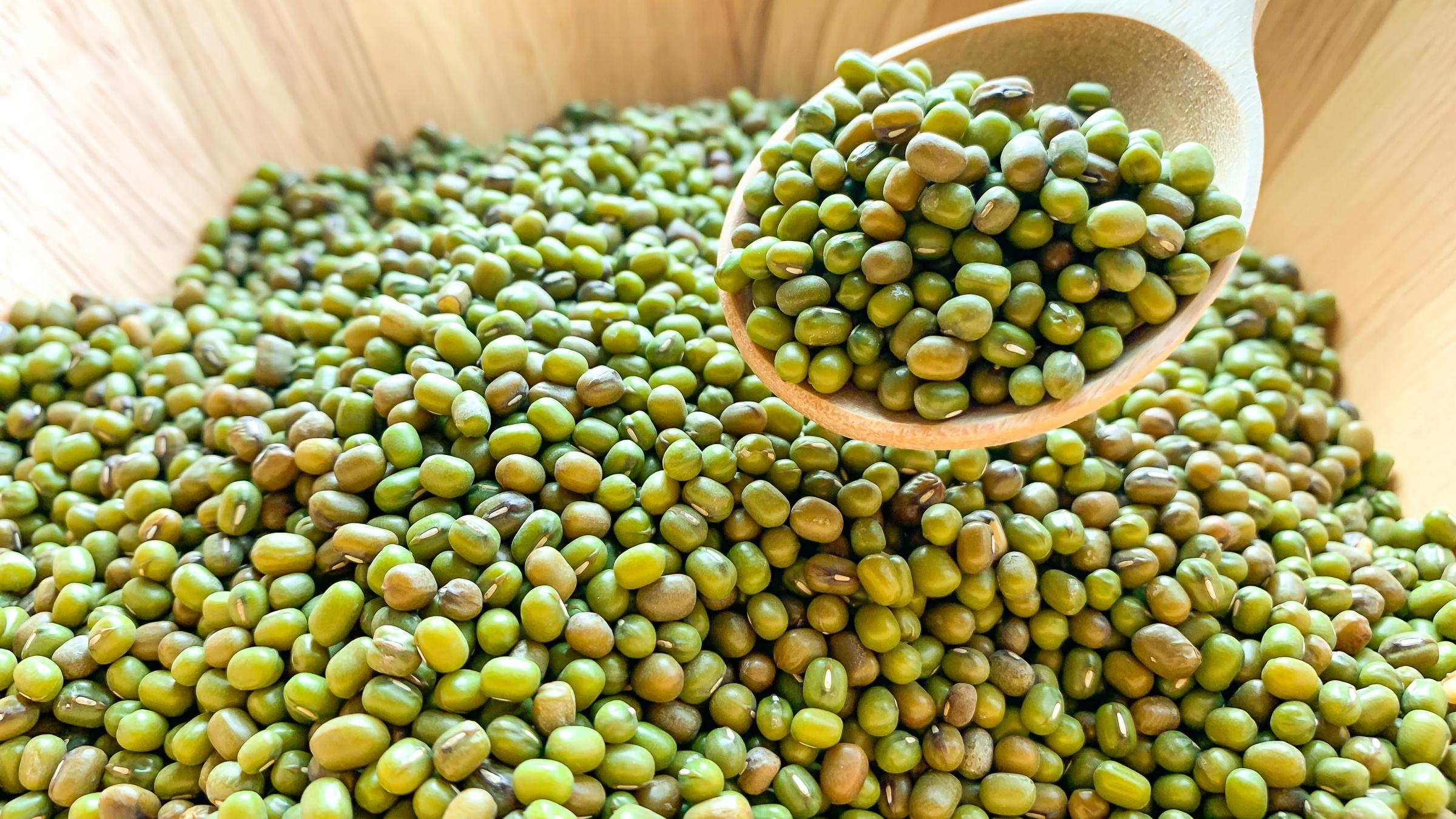 Mungbean (Vigna radiata (L.) R. Wilczek var. radiata), also known as green gram is an important warm season food legume crop, with major production in Asia. The crop is expanding to Sub Sahran Africa and other parts of the world due to its short crop duration (60 days) and due to the ability of the crop to fit into different cropping systems. The breeding efforts in mungbean are coordinated through the International Mungbean Improvement Network led by the World Vegetable Center and funded by the Australian Centre for International Agricultural Research (ACIAR). New lines with resistance to Mungbean Yellow Mosaic Disease (MYMD) and to storage insect pest bruchids have been developed for testing by farmers. The mungbean mini-core collection of 296 accessions is proving to be a good source of resistance to pests and diseases, and is currently being field tested in Asia and in Sub Saharan Africa (with funding from UK Government’s Department for International Development (DFID). The promising accessions identified will be utilized in the breeding program to broaden the genetic base of mungbean. Efforts are in progress to accelerate the adoption of improved varieties and Good Agricultural Practices among farmers with the help of national partners.

Currently mungbean is grown in over 7.2 million ha, with a productivity of about 750 kg/ha (Nair and Schreinemachers, unpublished data). The current yield levels of mungbean are low and vary from 0.5-1.5 t/ha. Genetic improvement is one of the strategies to raise the productivity levels. The International Mungbean Improvement Network funded by the Australian Centre for International Agricultural Research (ACIAR) and led by the World Vegetable Center (WorldVeg) coordinates the mungbean research and is aimed to unlock the potential of mungbean to improve system productivity and livelihoods. The network aims to: 1) strengthen local mungbean research (India, Bangladesh, Myanmar and Australia), 2) improve access to mungbean genetic diversity for researchers to source traits required for future elite varieties, 3) develop improved mungbean germplasm and elite lines combining key pest and disease resistance traits with abiotic stress tolerance and desirable agronomic traits and provide these materials to farmers for participatory selection. Selected lines will be channelled into variety release pipelines by the project partners. In the target countries, national entities and private sector organizations have been identified that are willing to take-up the improved lines. These partners include ministry departments, extension services, agricultural research entities, non-governmental organizations (NGOs) and seed companies.

Mungbean is a good source of protein (24 g/100 g), carbohydrates (63 g/100 g), and a range of micronutrients in diets (Table 1). Mungbean has added advantage compared to other legumes that both protein and carbohydrates are easily digestible and create less flatulence. Phytic acid is commonly found in cereal and legume crops and has a negative impact on iron (Fe) and zinc (Zn) bioavailability in plant-based diets. The lower phytic acid concentration (2.6–3.8 g/kg) in mungbean compared to other pulses may lead to increased bioavailability of micronutrients (Nair et al 2015). Due to its palatable taste and nutritional quality, mungbean has been used as Fe-rich whole food source for baby food. Mungbean lines which have the capacity for improved uptake of iron from the soil have been identified by WorldVeg (Nair et al 2015) and these lines have been utilized in the breeding program for improving the iron contant in commercial varieties. The nutrient content of mungbean depends on several factors including the variety used, the location where the crop was grown, agronomic practices adopted and the storage conditions. In addition, postharvest processes such as sprouting, dehulling, soaking, boiling, autoclaving and microwave cooking can affect the composition of nutritional and anti-nutritional factors of mungbean. There is need to increase the awareness about the nutritional value of mungbeans among the communities in mungbean-exporting countries like Myanmar to increase the domestic consumption. This is also true in East African countries like Uganda and in West Africa.

Mungbean is consumed in various ways including as dry grains (whole or split) as dahl, cooked with sugar to make a sweet desert, as bean sprouts, as transparent noodles, bean paste as sweets, powder as weaning food and as other health foods.  The consumers may have particular preferences for grain size, seed coat luster (shiny or dull), and seed coat color (green or yellow). For instance, in the Indian sub-continent, consumers tend to prefer shiny green grains, while shiny yellow grains are preferred in some parts of India, Bangladesh and Sri Lanka. Dull green grains are preferred by consumers in Indonesia, Taiwan, Kenya and Tanzania. Large seed size was a preferred trait during farmer participatory evaluation of mungbeans in the semi-arid environments of Eastern Kenya (Karimi et al 2019).  Dhaiya et al. (2015) indicated that more knowledge of the food processing properties of mungbean could lead to the development of new value-added products from mungbean

Extra-early maturity (50-55 days), early maturity (about 60-65 days) and medium maturity (70-75 days) types have been developed based on the requirement of the farming system (Table 2). For example, mungbeans grown as a rotation crop following rice and wheat in the Indo-Gangetic Plains prefer extra-early or early maturting varieties. Developing high yielding (> 2 t/ha) types with synchronous maturity are also priority traits in the program Early maturity, high yield, non-shattering pods and ease in threshing were the farmer preferred traits during participatory evaluation of mungbeans in the semi-arid environments of Eastern Kenya (Karimi et al. 2019).

Among the diseases, susceptibility of varieties to Mungbean Yellow Moasic Disease (MYMD) is one of the major constraints for improving productivity, particularly in Asia. This disease is caused by several begomoviruses which are transmitted by the whitefly Bemisia tabaci (Gennadius) (Hemiptera: Aleyrodidae). A study conducted in India by Nair et al (2017) found that the indigenous B. tabaci cryptic species Asia II 1 was dominant in Northern India, whereas Asia II 8 was predominant in Southern India. The above authors established that Mungbean yellow mosaic virus strains genetically most similar to a strain from urdbean (MYMV-Urdbean) was predominant in North India, strains most similar to MYMV-Vigna was predominant in South India, and Mungbean yellow mosaic India virus (MYMIV) strains was predominant in Eastern India. The variety NM 94, which is known for its resistance to MYMD, was found to be susceptible to the MYMV-Urdbean strain. However, the authors found high level of tolerance in mungbean line, ML 1628, which has been used in the development of new improved lines (see Table 2).

Fungal diseases that affect mungbean include species of the genera Fusarium (wilt), Rhizoctonia (wet root rot), and Macrophomina (dry root rot) during seed/seedlings stages (seed-borne or soil borne), while species of the genera Colletotrichum (anthracnose), Alternaria and Cercospora (leaf spot), Erysiphe/Podospheara (Sphaerotheca) (powdery mildew) during vegetative and reproductive stages (Pandey et al 2018). Different research groups have identified major resistant genes (R genes) and quantitative trait loci (QTL) for resistance to powdery mildew and Cercospora leaf spot, for potential Marker Assisted Selection (MAS). The recent screening of the mungbean mini-core collection of 296 accessions (Schafleitner et al 2015) has provided us with very promising results for both pests and disease resistance. For example, out of the 296 accessions, one accession was highly resistant, 28 were resistant, 124 were moderately resistant, 62 were moderately susceptible, 75 were susceptible and 6 accessions were highly susceptible for resistance to dry root (by paper towel method). Confirmation of the resistance by using the sick plot method is in progress. Evaluation of the mini-core collection is being carried out by the partners of the IMIN project as well as in seven African (Kenya, Tanzania, Uganda, Benin, Mali, Ghana and Nigeria) countries as part of the UK aid project on “Unleashing the economic power of vegetables in Africa through quality seed of improved varieties” – “Triggering a mungbean transformation in Africa”.

Bacterial diseases such as tan spot (Curtobacterium flaccumfaciens pv. flaccumfaciens) and halo blight (Pseudomonas syringae pv phaseolicola) are the emerging ones and need urgent attention, as they are seed borne. Resistance to both diseases has been identified in a black gram (Vigna mungo) accession, which is being currently used as the resistance source to improve mungbean. Preliminary screening of the mini-core collection in Australia showed variation for resistance to halo blight and any resistant source identified could be donor line for resistance breeding in Australia, where the disease is a serious problem.

Important abiotic stresses that affect mungbean include salinity, waterlogging and heat stress. Manasa et al. (2017) studied seedling and whole plant level tolerance to salinity in mungbean, which led to the identification of salt tolerant lines. High temperature stress is experienced during spring/summer season in major growing regions in Northern parts of India. Sharma et al (2016) found that the phenology was accelerated, leading to a sizable reduction in leaf area, biomass, flowers and pods. A few heat tolerant lines were identified by the above authors and are currently being utilized in the breeding program. Evaluation of the mini-core collection to salt tolerance and waterlogging stress is currently in progress.

It is envisaged that the International Mungbean Improvement network will eventually expand to include other South and Southeast Asian countries and countries in Africa. Improved cultivation technologies such as line sowing, fertilizer application, plant protection measures, harvesting and storage, together with use of elite and better adapted mungbean varieties, will increase mungbean production and increase consumer demand for healthy foods.

Ofuya, Z. M. and V. Akhidue 2005. The role of pulses in human nutrition: A review. Journal of Applied Sciences and Environmental Management 9: 99-104. 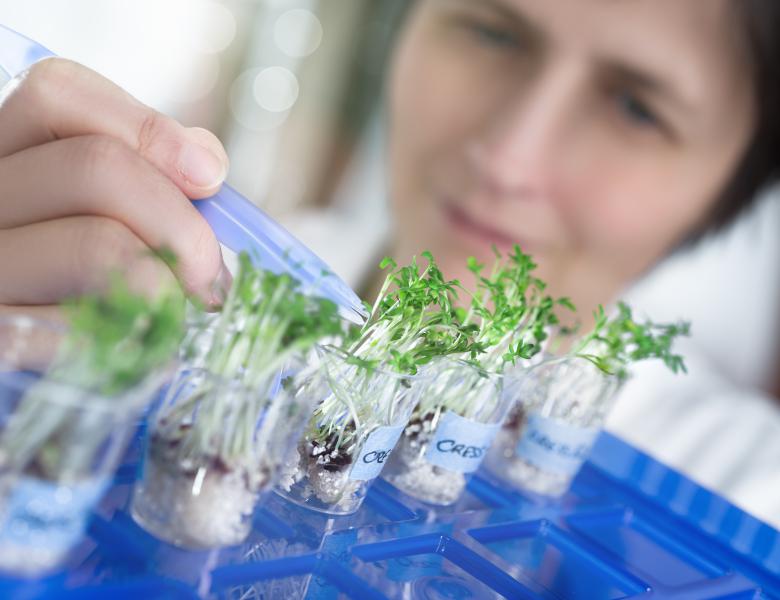 Classification and Grading of Green Coffee Beans in Asia

Learn more
END_OF_DOCUMENT_TOKEN_TO_BE_REPLACED
You are using an outdated browser
For a better experience using this site, please upgrade to a modern web browser.